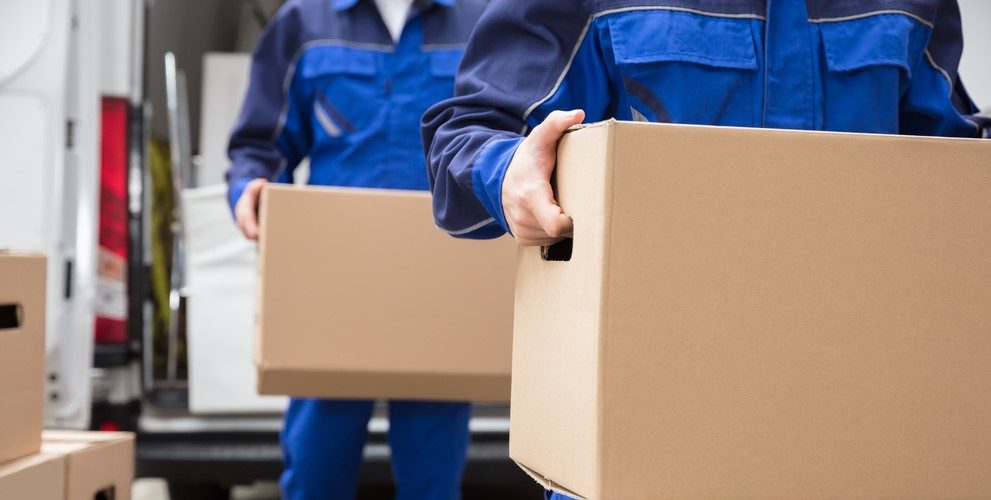 Finding a reputable mover can feel like playing a game of roulette. With so many companies out there and the stakes so high, it’s essential that a homeowner approach the process carefully. Unfortunately, thousands of people are taken advantage of every year by unprofessional movers or outright scammers, and their losses may include irreplaceable, invaluable belongings. It’s alarming just how vulnerable a client can be if they are not paying attention, so it’s crucial that a homeowner do exactly that – pay attention to any red flags a moving service may telegraph before they attempt a scam.

There are many ways a shady moving service may extort their clients, and if a client is not careful, they may find all of their belongings locked away, out of their control. To prevent this nightmare scenario, it helps to get familiar with all the tricks that scammers have in their arsenal, and learn how to pick out a reputable mover from among the thousands out there.

The Bait and Switch

Perhaps no other scam is as devastating as the bait and switch, which can pull thousands of dollars out of an unsuspecting victim. The bait and switch starts with a suspiciously low estimate – one that is almost always done over the phone or through e-mail, and not in person. Moving companies that do not offer onsite estimates are not worth working with, as this is the only way for a moving service to get an accurate appraisal of the job.

The low estimate is the hook, tricking the client into thinking they’re getting a bargain. However, this estimate is too good to be true. This is how the bait and switch works:

This scam is surprisingly effective, and victims often have little recourse as the scam is taking place. It can take weeks for authorities to respond, if they do at all, and in the meantime, the scammer could be selling things off. Most victims end up paying most of what the scammer demands, and go without their belongings for weeks.

Avoiding the bait and switch is paramount, but it’s only one type of scam unscrupulous moving companies may try to pull off.

A moving company may ask for a nominal fee upfront before beginning the move, and this is considered normal as an article of good faith. However, some scammers play on this attempt at good faith by taking a large deposit upfront and then disappearing. It’s a simple scam, but one that can be avoided if a homeowner is paying attention.

In most cases, the scammer will want to the deposit to be paid in cash, and not credit card. Paying with a credit card means the charge can be reversed by the bank as soon as the scammer is found out, and by accepting credit card payments, they are exposing their information to authorities should legal action follow the scam. In short, it’s the kind of attention that an unscrupulous service will do everything to avoid, so if the deposit seems oddly large, don’t pay in cash. In fact, don’t pay it at all, as once a client forks over a big deposit, that’s the last time they are likely to hear from the moving company.

Most of the charges accrued during the move should be paid following the job, ensuring that the moving company is motivated to stick through the entire process.

Scams that involve unclear contracts are a cousin to the bait and switch. Reputable movers file a ream of paperwork for every job, much of it required, and some of it just to make sure that both sides are on the same page, so to speak. This paperwork includes an order for service, which outlines the client’s requested moving services, a bill of lading, which is a shipping receipt, the moving contract itself, along with a schedule of fees, insurance and agreed upon departure and arrival dates.

It’s rare for a scammer to be so committed to their scam that they produce all of this paperwork. More likely, they will offer a contract with official looking letterhead, but lacking in clarity. Any questions about the contract will be deflected or given unclear answers – a sure sign that something shady is going on.

The point of an unclear contract is to hide terms that the scammer can use to charge the client more. For example, the moving service may charge a client an extra fee for moving large items like furniture or a piano. This fee won’t be listed anywhere on the contract, or will be placed in fine print that the homeowner overlooks. The contract may include many such hidden terms, adding up to a much higher bill for the homeowner than they originally counted on.

One of the biggest misconceptions among homeowners is that moving companies have to fully insure everything they carry. In fact, moving companies are only required to maintain 60 cents of insurance per pound of cargo that they carry, and this is, of course, nowhere near the true value of the client’s belongings. A client may request full coverage for an additional fee, and this is usually worth it. However, keep in mind that in Texas, moving services are not allowed to sell insurance directly, and it must be acquired through a third party.

A scammer may advertise the insurance they offer on clients’ belongings in an attempt to appear reputable and trustworthy. However, this insurance will be of the limited variety. During transit, the scammer may “misplace” high value items, knowing that their insurance will only be on the hook for a fraction of the cost. The items are then sold for an ill-gotten profit. Obviously, a scammer can only attempt insurance fraud so many times before they are placed under scrutiny, but bold scammers may consider it worth the risk.

Signs of a Scam

As long as a homeowner is paying attention throughout the moving the process, they should be able to spot the kind of problem signs that should disqualify a moving service. For quick reference, here are some things to look out for when picking and working with a moving company:

The best piece of advice is just to trust those instincts. If something feels off about a moving service, then listen to those feelings. There are plenty of moving companies out there that can provide reputable assistance, so there’s no need to take a risk, however slight it may seem.

It’s a shame that so many people are affected by moving scams every year. The Better Business Bureau receives about 10,000 complaints annually, so it’s a serious problem for regulators to keep up with. However, as long as a client reads everything, asks questions and considers companies with proven track records, they will avoid becoming the next victim.