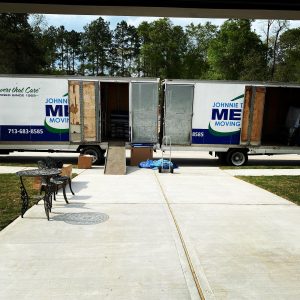 One thing that moving within Houston will accomplish is the awareness of economic stability and growth. According to Forbes, Houston is “America’s Economic Miracle.” Any place in Texas is a great place to live, but Houston offers so much in the way of education, employment, and enjoyment. The Medical Center is at the heart of cancer and heart disease treatment and research, and Texas Children’s Hospital is renowned on a global level. There are so many things to do and see in H-town that they are too numerous to provide a comprehensive list. The Houston Symphony, museums, the famous Houston Zoo, the food, and more, all add up to a city that is teeming with culture and life. Additionally the city is only 60+ miles from historical Galveston Island on the Gulf Coast, and a scant few hours from the beauty of the Texas Hill Country. In short, Houston is one of the best places to live and raise families in the entire country.

Current Trends on Moving Within the Houston Area

Living in Houston has a number of benefits as described above, and many people stay here once they arrive. However, at some point, most people want to upgrade their homes or neighborhoods, and begin to contemplate moving. Anyone committed to doing the smart thing and moving within Houston has a lot of options open to them. It’s a big town, but one does not have to go far to find an excellent home in a superb neighborhood. Plenty of beautiful and secure suburbs are perfect for a family with children. Houston has some of the top-rated school districts in the state and the nation. An excellent education is available from kindergarten through college. Singles or young marrieds have the option to move into the downtown area and take advantage of incredible lofts and high-rise apartments all within walking distance of work, arts and entertainment, and the hot Houston nightlife. Then there is Midtown, close to the Galleria, and home to a variety of night spots and upscale restaurants. For a small town feel within the big city, there is University Place, which is inside the “Loop” and close to the medical center and downtown. Below is a list of six neighborhoods that stand out. Find Houston movers that can move you reliably within Houston and take a look at the many popular areas this town has to offer.

Popular Areas to Move Within the City of Houston

We are Houston Movers that moves many families and individuals in to these areas! Let us put our moving experience in these areas and work for you on your next move!

Those that are moving within the Houston area will find everything they need regarding comfortable living. Whether you are moving from out of state or simply across town, Houston neighborhoods are an ideal destination.

Houston is a world-class city by any definition of the term. It was already the fourth largest city in the US, but the population has grown by more than 15% since 2010. The metropolitan area is bigger than the state of New Jersey and the most ethnically diverse in the US with 145 languages spoken. Forbes ranks Houston first among US cities that stretch paychecks the furthest, even as residents eat out more than anywhere else! The food is extraordinary, jobs are available, the cost of living is low, and Houstonians are a friendly, welcoming bunch with an unstoppable entrepreneurial spirit.

Houston is home to 40 colleges and universities, and 32% of adults hold a bachelor’s degree, surpassing the national average. The median household income is about $62,000 though it’s one of the younger cities in the US. Houston has always been a city of acceptance and optimism, where anything is possible if you just show up and give it a go.

Houston has a long and colorful history. Galveston was the big city of the day, but the Allen brothers bought a large parcel upstream along Buffalo Bayou and made it the capital of the new Republic of Texas in 1837. Named after the first president, Sam Houston—who has a long and colorful history of his own—the muddy coastal prairie town quickly attracted railroads moving cotton and lumber, and the city flourished. In 1910, the city convinced Congress to help widen and deepen the bayou, creating the Houston Ship Channel which today serves the largest US port in terms of tonnage. The relative safety of the inland port after the devastation of the 1900 Galveston hurricane made it an attractive alternative, and refineries sprung up to take advantage as oil began to flow from the ground and through pipelines around the state. Houston soon became the world’s energy capital and home to related manufacturing. Oil production, steel and shipbuilding served the war effort, and Jesse Jones financed a skyscraper each year. In 1945, the MD Anderson Foundation formed the Texas Medical Center, now the largest in the world and the city’s biggest employer.

The city was dependent on oil’s ebbs and flows until its price fell drastically in 1986. The booming population reversed, and the economy crashed. Houston learned its lesson and diversified after that. While the rest of the country suffered toward the end of the 2000s, Houston had jobs, and hundreds of people moved here each day. In recent years the city has experienced record floods and devastating hurricanes, but it has rebounded quickly and maintained its positive attitude. Houston is a city where neighbors help each other when in need.

Houston has long been known for its stellar shopping opportunities. Oil money attracted the finest shops and most fashionable designers which in turn attracted an international clientele. Whether you’re looking for an Oscar-worthy dress or a real bargain, Houston will accommodate you. There are simply too many options to list with shops, malls and outlet malls in every direction, but here are a few of the highlights.

Houston’s famous Galleria Mall is the largest in Texas. It anchors a second downtown known as the Galleria area, now surrounded by skyscrapers housing offices, hotels and residences. Within a few blocks are some of the best restaurants in the city and the most upscale shopping. Of course, you’ll find the usual fare—the Gap, Ann Taylor, Talbot’s—but you’ll also find Alexander McQueen, Carolina Herrera and Chanel. It would take days to fully explore all of the shopping in the area, and the adjacent hotels serve the visitors who make the effort.

Just down the street from the Galleria is the River Oaks District, home to another collection of the world’s most famous designer shops including Dior, Dolce & Gabbana and Harry Winston.

This is the place to find a bargain or a knock-off or a sari or something you haven’t even thought of yet. It’s an eclectic mix of offerings to enjoy.

The city of Houston maintains 375 parks, 61 community centers, 8 golf courses and 202 tennis courts, along with volleyball and basketball courts, rugby/cricket/lacrosse fields, dog parks and skate parks. The Parks and Recreation Department has an exhaustive list of its offerings (https://www.houstontx.gov/parks/aboutus.html), but the two jewels in the city’s crown are Hermann Park and Memorial Park.

The city works jointly with the Hermann Park Conservancy to support the park and offer countless events throughout the year. There are lots of things to do, so come visit the Houston Zoo, ride the railroad, and make a day of it.

Memorial Park maintains over 30 miles of hiking trails, right in the middle of the city. Play golf or tennis, train for the marathon or ride your bike through the woods after a hard day’s work.

Other Things to Do in Houston

An easier question to answer might be, what can you not do in Houston? It’s hard to think of something.

Only New York has more performing arts seats in one area than Houston’s 17-block Theater District. The city supports resident companies in theater, ballet, symphony and opera, and companies often perform in joint productions. Four million people visit the 18 institutions in the Museum District each year. Or maybe you’d prefer the month-long Houston Rodeo, one of the biggest in the world. Several farmers’ markets have sprouted up across this foodie city, also known for its international festivals and Restaurant Week (which now lasts the entire month of August).

The Johnson Space Center trains astronauts and manages their missions. It’s fun to visit (https://spacecenter.org) and learn about America’s history and future in space through interactive simulations and exhibits. With a constant stream of events, many families become members to enjoy exclusive benefits throughout the year.

The zoo, the museums, the history and beaches of Galveston, the parks, the shopping, the festivals and galleries—if you can’t find something to do in or around Houston, you aren’t looking very hard!

Houston is served by a variety of retail electric providers. The state offers an objective, non-profit website for consumers to search and compare rates by their zip codes. Visit PowertoChoose.org for more information.