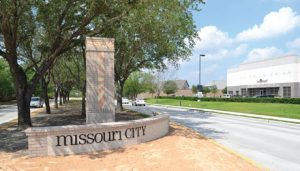 We Want To Be Your Missouri City Movers!

Missouri City sits right at the edge of Houston’s urban sprawl, making it an ideal spot for people that want a slower pace of living and proximity to the city. At a modest 30 square miles, Missouri City may get lost a bit with Houston and other prominent suburbs nearby, but it remains a thriving part of the area. Consider that Missouri City’s population has nearly tripled in the last 35 years, making it yet another part of Houston that is seeing constant growth.

The History Of The Area

In 1853, the Buffalo Bayou, Brazos and Colorado Railway opened up 20 miles of railroad, starting a series of events that would lead to Missouri City’s formation. Over the next few decades, the railroad expanded until it joined the Sunset Route that ran from New Orleans to Los Angeles. Today, this stretch of railroad is still important commercially. It’s also what drove real estate and land developers to the area, who compared the spot to St. Louis, Missouri and stated that it was a land of eternal summer.

In recent years, several master planned communities have been added to Missouri City, including Riverstone and Lake Olympia.

The addition of master planned communities has turned Missouri City into more of a shopper’s paradise, and with Sugar Land just a few miles up the road, there’s always another place to check out. Some of the most popular shopping centers in the area include:

Missouri City has an impressive collection of parks and recreation areas. Some of the notable ones include:

Missouri City has several schools, like Sienna Crossing Elementary and Scanlan Oaks Elementary, as well as Lawrence Elkins High School and Ridge Point High Schools. Given Missouri City’s proximity to inner Houston, families have plenty of private schools to choose from as well, and Houston’s private schools are among the most diverse and competitive in the nation.

Other things to do in Missouri City

Missouri City is largely a residential community, but there’s still a lot to do in the area. Its proximity to both Houston and Sugar Land also keeps things interesting for Missouri City residents. Here’s just some of the things residents can try out in their free time: